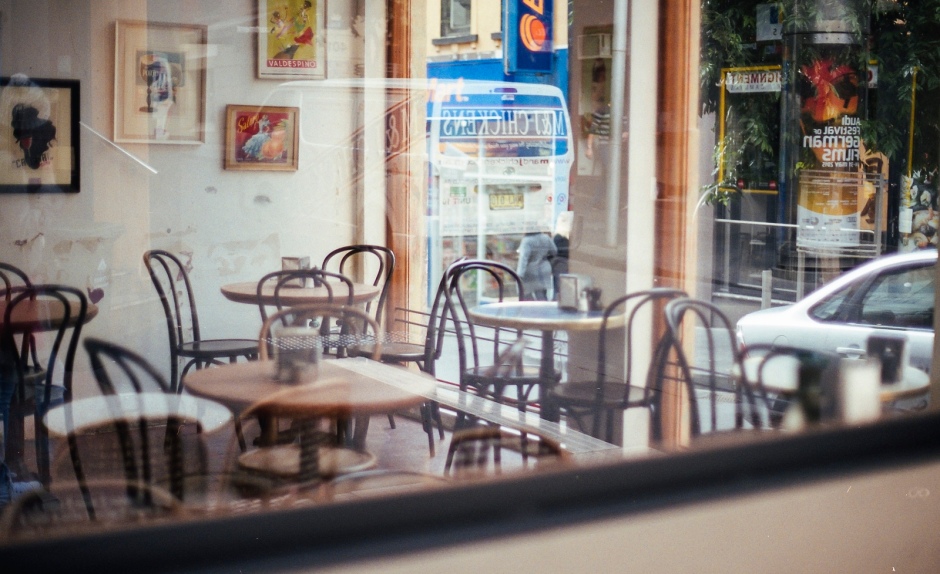 I stared at the foam of my cappuccino as her words broke through the thick fog I’d been walking through since we first landed in Israel. This woman, who just an hour before had been a total stranger to me, was telling me her story and showing me some pretty raw places of her past.

She sighed, but sat with such peace. “I was struggling so much. I was believing so many lies… but God still used me, you know?”

I leaned in and watched the corners of her mouth turn upwards in a smile,

As soon as they hit my heart, I knew those were the words I’ve been waiting years to hear.

It took me back to a few years ago, to a day that I’ve heavily carried. My face was soaking wet, my eyes were bloodshot; I was angry, I was afraid, I was barely breathing. I was five bodies deep in grief, and the sixth was being prepared to be put in the ground. I remember standing in that church building with clenched fists and shouting to the top of my lungs, “If God is so big, He can handle my questions!”

As soon as those words left my mouth, I broke. I fell straight to my knees and sobbed on the floor. Countless people passed by me, but I didn’t care how it looked. This was me and God on the battlefield and this was me slinging every last shot I had. I was firing all of my ammunition, this was my win or lose moment. This was the moment when God would either walk off and leave me or lean in and grab me tighter. I was giving Him every reason to finally turn around and walk away, I was pushing Him with every bit of force my tiny fists could muster. I thought for sure that He’d leave, if He hadn’t already.

So flash forward, years later, sitting in Israel across from this stranger. She whispered those words with such peace, such certainty: God is so big, He doesn’t mind.

It felt like I was finally hearing Him respond to that moment, “You were right, I could handle it. I didn’t mind. I didn’t mind that you were weak. It didn’t change anything.”

He’s that big. He isn’t the least bit altered by my anger, weakness, frustration or questions. I’m not a big enough bully that I could make Him walk away.

I think that was Israel for me. All throughout the Bible we see that Israel rejected God, gave Him a million reasons to leave. They hated Him, they pushed Him away, but He stayed and He still stays. He’s there and He has such mercy, even in the war and chaos, even in the grief and in the misunderstanding.

Everywhere I stepped it was a reminder of Him saying, I don’t leave my people.

I think most people were expecting some kind of post about adventure, climbing mountains, walking on water, exploring ruins of an ancient city. Maybe you thought I’d have some kind of life lesson about enjoying every moment, about living an exciting and free life.

What this post is about is God pressing the play button, after feeling like I’ve been on pause for a really long time. It was His reply to the banging of my fists all those years ago. It was the moment of me finally looking up from weeping on the floor and seeing that even though so many people left, He stayed.

I walked down the Via Dolorosa last week (the road Jesus walked to the cross). I thought a lot about the men who were beating Him, swinging over and over again while watching His body crack and tear. Later I realized that some of the swings they made were for the day I fell screaming in that church floor.

He doesn’t leave, that’s really what Israel gave to me. The reminder that we all have years spent in the desert, years of giving Him a million reasons to go. No matter how long we spend wandering around and walking in circles, He’s big enough, He can handle it, He stays.