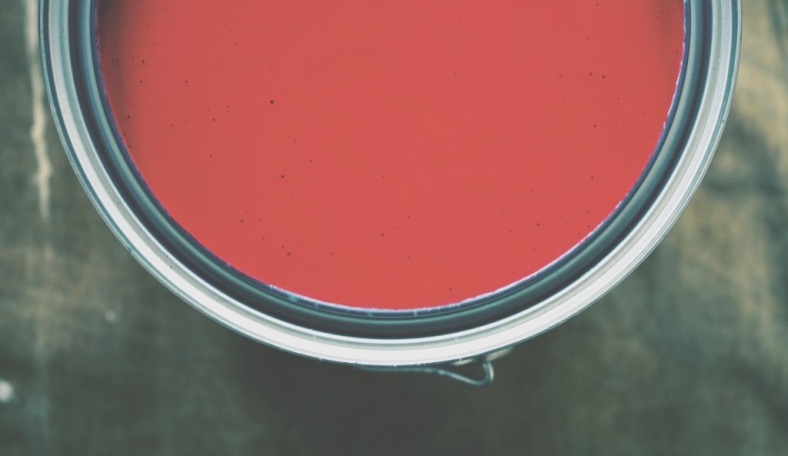 “DON’T LET THEM PAINT YOU RED.”

She reminded me of when the cards told Alice that the white roses were a mistake. I pulled pain from the cracks of my heart as I thought about how many times I had let them make me feel that way. I let my mind replay all the times they hurried to paint me red before I caused problems.

Somewhere between buying coffee in Blacksburg and chasing the sunshine along Charlotte’s horizon, I realized that it was time to surrender.

I started to understand that it wasn’t about needing stability. What I really needed was to love some strangers and to throw tangerines at trees that stood in line along the lake. I needed to sit in a crowded parking lot, five hours from home, and tell God that I was nervous and rattled; that my hands seemed to small to hold everything He’s been handing me.

I’ve got words to say and I know that you do too. I can see it in the way you pause in conversation, it always seems like you are holding your breath and waiting for the right moment. But I wish we’d just say them. I wish we would stop being afraid of greatness and of the price you have to pay to hold it. Because we were always meant for it, but we’re all too cheap to really go after it. The price seems to high; the price to be the people that do the hard things, say the uncomfortable things, stand in the awkward gaps.

I want my hands to cramp from writing letters to strangers. I want to stay up late and fill pages with words that say you’re holding a promise that will probably change the world. I want to know what it means to be unafraid of the absurdity that comes with really living.

Because they’re trying to paint all of us red. They’re trying to change us, shame us and tell us that we were never good enough to knock knees and bump elbows with those who are believed to be the most important people in the room.

But we’re enough. We have always been enough and I want to love you enough to tell you that. I want to be foolish enough to make you look me in the eyes and hear it. I want to grab your hands when we’re face to face and soak you with the kind of affirmation that unnerves the lies you’ve believed. I want to love you enough to say the words that send your insecurities running out the door. I want to make you forget all the ways your heart has been steeped in pain and show you that there are still a few people left who aren’t afraid to wear their heart on their sleeve for you, because you’re worthy of that.

I want to love others with such force that I am out of control, reckless and downright dangerous in my prayers for them. That I’m so affected by the footprints they’re making on the world that I’ll move mountains and lead armies to see them win their wars. That I’ll find myself fighting for them on the carpet of my closet, my knees forming imprints and my tears making altars.

I really want to stop being too intimated to paint the room with the light that’s been put inside of me.

I want to stop thinking that I’m far too weak to ever really fill in the lines of future history books.

It’s going to be the irrational, senseless, outrageous way that we sing 90’s songs at the top of our lungs, and make facial expressions that cause the Starbucks barista to explode in laughter. It’s the little ways that we’ll learn to love people. It’s going to happen when we stain the the kitchen table with overflowing bowls of ice cream. It’s going to be brief moments that turn into hours that are laced with words like “you’ve got what it takes”  “i’m proud of you” and “I’ve got your back.”

It’s not always going to be the big things that take us to the heights. Most of the time, it’s the smaller steps we take that are going to teach us how to trust when walking on the tightropes of transparency and relationship. We’re learning how to love and it’s going to be our love that changes things.