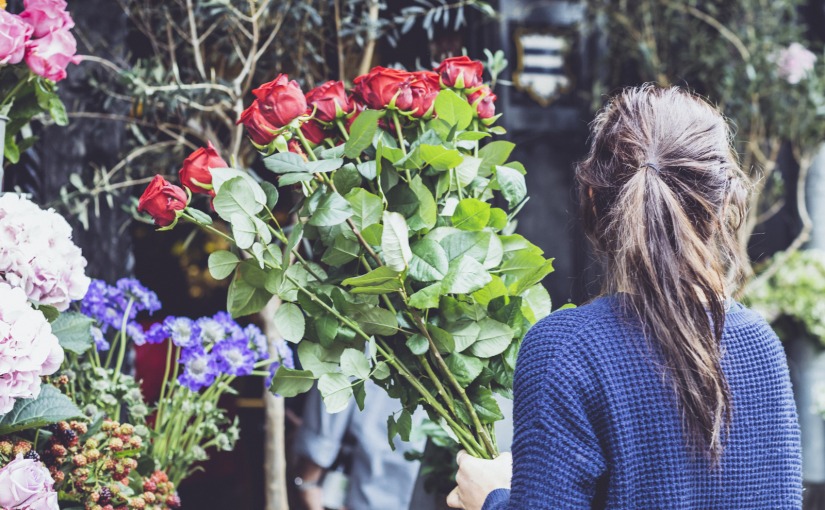 I never really understood love until Sunday when I was sitting in the emergency room.

It was a few hours before they finally got his fever down.  As he sat up, still leaning on my chest, he began to eat his graham crackers and drink his juice. I felt oxygen fill my lungs again, I’d been holding my breath for so long.

There we were, covered in crumbs and my shirt soaked with sweat, tears, snot, and juice—I’ve never looked worse and I could not have cared less. And it clicked, there in that uncomfortable chair in the darkness of that hospital room.  Love is graham crackers and hospital rooms–all your prayers being for someone else, forgetting yourself. It’s about not caring that you look like a train-wreck, or haven’t had more than four hours of sleep. It’s about them, what they need, the pain that’s wrapped around them.  Not for a second is it about you—for however long necessary, you’re the last thing on your mind.

I never really got that until I was holding that baby boy who needed someone to put him first and that person was me; for some crazy and unknown reason, it was me.

I’ve never been forced to be so selfless.

I’ve never had to daily run out the door without checking a mirror, to give up on changing shirts because even when you do, crushed blueberries will still end up staining the front. To skip meals, to crawl out of bed before the sun comes up to change a diaper, to listen to pirate stories on repeat, to dance to the same annoying music (over and over again).

I’ve been put in a world where my hair, my skin, my work-outs, my clothes, my sleep, my hunger, my feelings are not the most important thing. I don’t come first. There are moments when I think that I’m going to lose my mind. There are days when I nearly weep in the middle of the grocery store because they put Goldfish in the most ridiculously hidden section of the store. But even so, I’m so content and blissfully happy, relieved to be living (even for a little while) a life that can’t be about me.

Life is harder (ridiculously harder), but so much sweeter when I’m not my first priority.

Their parents will come home tomorrow night and I will rejoice. I will sigh at the reality that I can go back to a full night’s sleep, three meals a day and nights out with friends. But I hope I’ll still have some residue of this week, some juice stains that don’t wash out, some graham cracker crumbs that keep falling out of my pockets. A realization that there’s this incomparable joy when we forget ourselves in pursuit of loving someone else. That there are more important things than which show I’ll watch next on Netflix, or which coffee shop has a better latte. Those things will always matter (especially my lattes) but they’re not the priority, they’re not even close to being the purpose of why we’re really here.

There’s something so much deeper, so much greater to life when we look past ourselves.  It’s sticky and loud, it gets in the way, it is scary, messy, and exhausting, but it’s beautiful–it’s love. And it turns out that it is worth a lot more to me than myself.