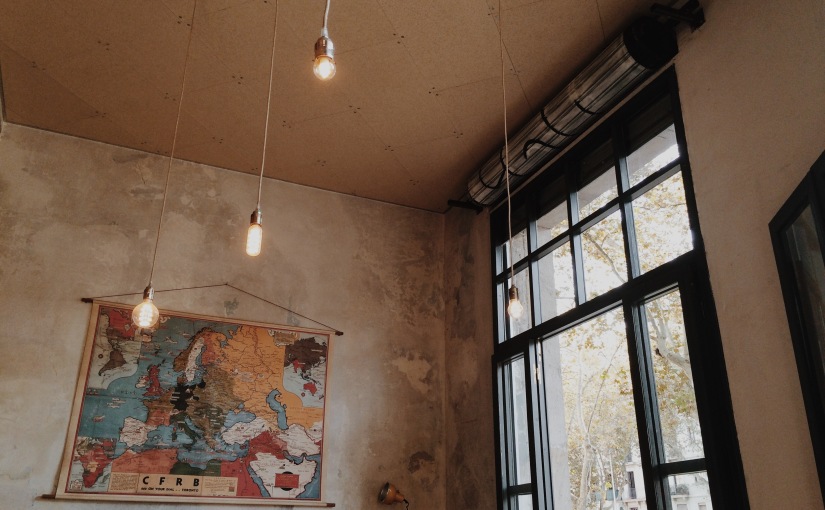 I joined a grief group soon after I moved to Georgia.

It was completely unlike me, but I was so broken and desperate for healing that I was willing to do something that I would have previously labeled as mortifying.

I showed up to a few of the meetings. I was the youngest person, the quietest person and the least certain that I wanted to be there.

Sometimes, we have to choose to do the things we never thought we would.

We have to be willing to walk out the path that we once labeled ourselves too good to tread on.

I was a pull-yourself-up-by-your-boot-straps-and-deal-with-it kind of girl for most of my adolescence. I didn’t need grief groups, counselors, or cry sessions. I was too strong for that, too proud for that.

But it wasn’t until I chose to do the things that sent my knees to the dirt that I learned how wrong I’ve seen the world.

I learned the value of doing things that are hard, that require me to sit among other broken people and say maybe we’re all really the same. Maybe I’m not better than anyone else. Maybe I am a poster child for weakness and that’s not as bad as it always seemed. Maybe weakness is where I always needed to start.

And what they’ll never know is that some of the greatest leaders, greatest world changers, some of the bravest people are those who pull the curtains and cheer for the people on the stage.

What they’ll never tell you is that Mother Teresa wasn’t a show stopper and she didn’t go looking for microphones and monuments built for her name. But she was a force; she wrestled hatred with her bare hands, and she won. At age 87, she lifted her arms in victory and heard the words, “Well done.”

They told us, “Leaders don’t go to grief groups, and world changers aren’t quiet. Difference makers don’t mop floors and brave people don’t wait for anything. Leaders push, they’re the people who build something and make things happen (even if what they built doesn’t last).”

But what I’ve learned of lasting change is from the people who choose the hard things, whose names aren’t the first among the credits. They learn how to listen first, and speak carefully. They weigh their words, bend their knees and know what it means to wait, to truly wait for something to grow.

They are not afraid of the platforms or the microphones, but they have no appetite for them, no fascination with them. They do not shrink at truth, but do not speak for the sake of being heard.

I took a journey of becoming the person I want to be when I stepped through the door that led me to that grief group. When I chose to become the person that I saw as weak, I started to do the things that actually make me stronger.

What I really needed was to step into a little back room with a few people, where I didn’t need to be liked, or to get a round of applause. I needed to sit among people who knew my kind of loss and admit that it was hard, but I was going to try. I had to decide that I was willing to do the work it would take (even if it took forever).

It was the little step that led to a change that has lasted.

It won’t be the stage, the fame, the applause, that will make you the kind of person you really want to be, or help you change the world in a deep-rooted way.

It’s when you let go of the need to have anyone know your name, the need to be seen as strong or brave; that’s when you’ll change the world in a lasting way.