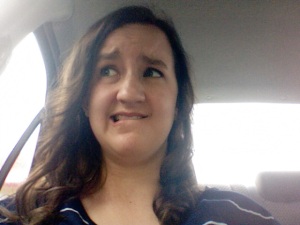 So, yeah… I’m sitting in the parking lot of the world’s most sketchy McDonalds bumming off their wi-fi because we currently don’t have any. And yes, I might be a little bit afraid for my life. It’s also quite possible that I have to use the restroom like you would not believe. Do you think I’m going to walk in this death trap to use it? Not so much.

I mean, it’s pouring down rain, dark, freezing, scary and a bad/corny horror movie waiting to happen, but I decided to turn on worship and if someone comes near my car start shouting scripture. I think it’s a good plan.

I may or may not have almost died eight times today in the shoes I’m wearing. They are not good shoes to wear in the rain, I’ve almost fallen in every store I’ve gone in. We also may or may not have a mouse in our house. There was a span of two hours that I did not move yesterday from the recliner. I did not want to see that sneaky little pest. I also had to use the restroom like you would not believe. I wasn’t about to go then either. If having to pee at the most inconvenient times was an olympic sport, I would so win gold.

If I wasn’t conversing with someone on skype, I would probably speed away right now because someone is staring me down like my car is covered in Krispy Kreme doughnuts. Not a comforting sight, let me assure you. Other than that, I’m having a pretty normal day. Then again, these kinds of thing are often the normal for my odd life.