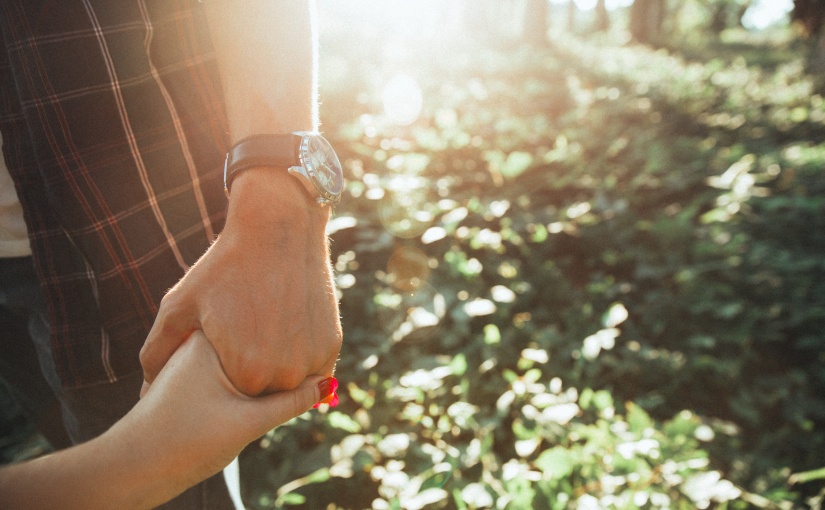 My first warning sign should have been that he took me to a really horrible buffet and I said nothing. That being our first time out, I should have questioned whether or not I was on a dead-end road.

But I’ve always been someone who can find a way to make the dullest things seem enchanting.

So, I figured I could probably spin a story about gloopy Chinese food (at a place that looked like a prison cafeteria) into something romantic…right?

Sometimes the things we tend to think are charming and glamorous are actually just incredibly tragic if we step back and open our eyes to reality.

In reality, I was stuck in a weird “relationship” that was nothing more than a sad attempt to live inside of a story that, from the outside, would have made a great Nicholas Sparks novel.

But if I had chosen to have some hard conversations earlier, I would have saved myself so much time.

We keep growing the wrong things.

We grow the story, the attraction, the picturesque moments that make all of our friends swoon. But we don’t grow the roots. We don’t grow the foundation. We don’t inspect or toil the ground we’re planting in. We don’t stop and ask why someone is taking us to the worst Chinese buffet on the planet…we make an excuse and romanticize it.

We do this because reality isn’t always romantic. Reality is, if a man takes you to a really bad Chinese buffet, there will probably be a whole other list of questionable decisions that follow.

Rather than talking about it and pulling at the loose threads, we hold on to the hope that maybe there’s some kind of glamour to be salvaged or spun from a very weird and awkward scenario. But if we were to pull at those threads, we’d see that poorly crafted “relationships” fall apart at the slightest bit of tension.

“The griefs that punish us the most are those we’ve chosen for ourselves.”

Knee deep in studying, I read that line the other night and let my heart steep in those words. The stories we tell ourselves, the things we make up and choose to believe, those are the things that punish us the most. The threads we ignore, tuck away, and pretend aren’t there.

Because we know if we pull at them, it will all unravel and we’re not ready to let go. We know when a relationship is cheap, but we hold on because it’s something. Maybe it will change, and at least for now it staves off the loneliness.

But we need relationships sewn together with hard conversations, painful truths, and choosing one another long after the rose-colored glasses have gotten foggy. We need to stop constantly romanticizing the difficulty of walking next to another human being. It isn’t just something to Instagram, it’s something to grind through with blood, sweat, tears and lots of prayers.

It’s cheap to push aside those hard conversations because we’re afraid of spooking the butterflies. We have to stop clinging to that fairytale idealism we were told was necessary to keep love alive.

It seems we’ll do anything to keep our fairytales (even choke down a greasy knock-off version of General Tso’s chicken).

We ignore the threads that could so easily unravel the relationships we claim to value most. We don’t ask the question of why someone doesn’t respect us (or himself) enough to take us to a restaurant with a passing sanitation grade. Instead, we smile our way through it because we’ve convinced ourselves that the kind of relationship that lasts is one where no one rocks the boat.

But rocking the boat and pulling the threads is the thing that shows us where the leaks and tears are, where to mend and where to rebuild. We must learn how to be painfully aware of another’s imperfections, unafraid to expose our own, and the value of choosing the other with eyes wide open.

Because love is not passive. Love is not blind. Love that lasts is the kind that sees everything, is given a choice and chooses to say something; it chooses work it out and stay in spite of everything.

5 thoughts on “When Reality Isn’t Romantic”