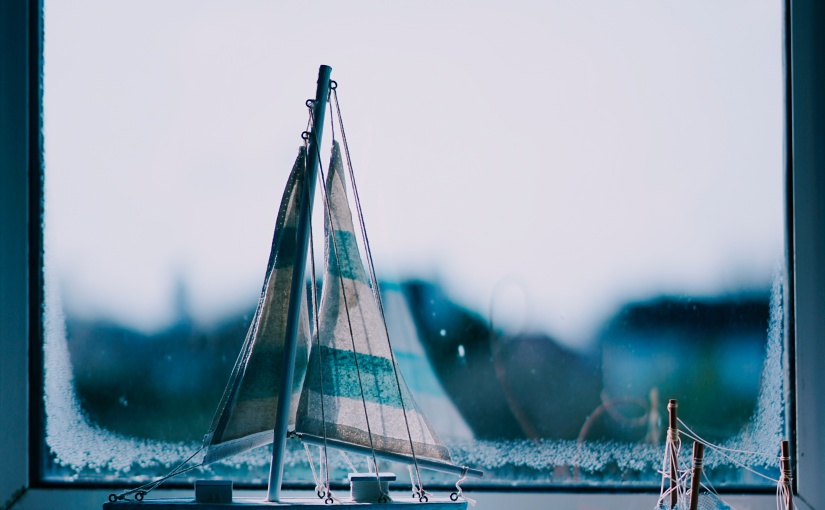 I’ve always been in love with the blue hour.

The blue hour is that little span of time before the sunrise and after the sunset when the sun is sitting far below the horizon. It’s when the sky is trying to hold on to both morning and evening. It can’t let go, but it knows it has no choice but to change its position.

Our culture is obsessed with the idea of letting go.

My inbox is full of people begging me to tell them the secret of how to get over it and move on.

I found myself drowning in nostalgia today. I was choking on these memories of things that I wanted to change and thinking about people that I haven’t learned how to let go of.

“Everyone says I need to let go, but I can’t let go!” These are the words I told God as I gasped for breath and wiped my face with a pile of napkins I’d shoved in my console.

“There are some people that you’re not called to let go of. You can hold on; I’m telling you to hold on.”

I felt blindsided by His words, by this idea that letting go wasn’t the victory podium after heartbreak.

You have to change the way you hold them, but you don’t have to let them go.

You can hold people differently. When they can’t be the thing for you that they used to be, it doesn’t mean you have to let them go.

What we’ve been taught about heartbreak and broken relationships is that you’re healed when you can walk away.

But there will always be people that life, geography, and God, just won’t let you walk away from. Because the goal can’t always be learning to let go. Sometimes the goal has to be endurance and learning what it means to stay for the long haul, years after what you thought should happen is out of the realm of possibility.

Sometimes it’s okay to carry them–carry them in your prayers, in your laughter. Hang them on your refrigerator. Keep their notes and gifts tucked beneath your bed.

Maybe that person or group of people can’t be what you once wanted them to be, but maybe you can still both be something the other needs. Maybe the test of growth is when you can shove aside the selfishness that says: I only want you on my terms. You have to fit perfectly in all the places I once carved out for you.

Sometimes growth is rearranging the space in your heart and figuring out how to fit someone elsewhere. Because it would be sad to spend your days without their contagious laughter or strong words of advice just because they no longer fit on that old shelf. You may have to let go of what you needed or hoped they would be, but that should not always synonymous with letting them go.

C.S. Lewis once said, “It’s not the load that breaks you. It’s the way you carry it.”

I think he’d probably agree that the load could be people.

And maybe it’s not always just the people that broke you, maybe it was also the way you carried them.

Maybe all the expectations you stacked on them, the misunderstanding you layered them with, maybe that wore you down even more quickly.

But maybe they’re your God-given load, for better or worse, maybe they are your people and you’re going to have to carry them. So, when that is the case, learn to carry them differently.

I’m figuring out that the victory podium isn’t for the first one who figures out how to shove someone out of their life and heart. The real victory belongs to the ones who learn how to throw out the expectations, unforgiveness, demands and conditions in order to make room for the people who were always meant to be there.